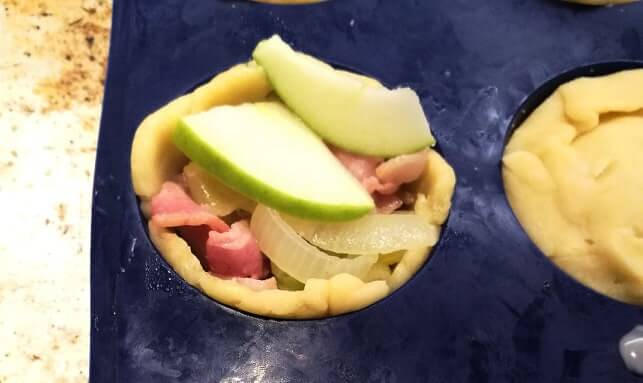 Pretty hard as we are in this situation from 16 of February and we are very tired of doing nothing except working.

My son did his homeworks, played a lot with his Xbox, then he is using the free time to learn how to cook.

Few days ago we made Bolognese sauce, today he helped me making the batter for a steamed pudding from an Irish cookbook then he make his first batch of tagliatelle using a rollpin.

He did pretty well, tonight we will eat them for dinner, seasoned with a lot of porcini mushrooms.

Maybe I am going to have a chef in the family sooner or later? 😀

Let’s talk about this lovely recipe: as usual Paul Hollywood never disappoints me and these pies have a perfect crunchy pastry and a lovely, tasty and not soggy filling.

I must apologize for the quality of the pics but I made only half portion and we ate them straight away.

After the dinner not a single pie left to take a proper pic but they are so tasty I wanted to post them as soon as possible.

They are made with cooked gammon: I cannot find it here in Italy ( and it’s not the moment to wander around looking for something!) so I used bacon.

Here you are the recipe, I hope to write again soon, in a better situation than this! 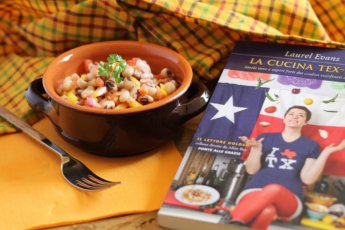