The end of the school year is always a storm of things to do, mettings, sport tournaments…

And, of course, all these things strikes on me: I am busier than a very important business man. :O

Next week there is the school party and I am going to bake a huge amount of sugar cookies and chocolate muffins; when I am obliged to bake I loose all the joy and fun. :/

Anyway today I have a couple of hours and I really want to update the blog with a new recipe; unluckly my old laptop is acting oddly lately and the internet connection is the main issue ( the most important, the less working of course!) and posting is becoming harder and longer than usual.

They are well known treats from the Jew’s tradition, they are similar to croissants but far less caloric because there is more cream cheese than butter in the dough.

Traditionally they were made with sour cream but in Italy sour cream is not that common and the recipe I have, from Marc Grossman, calls for cream cheese so here we are. 🙂

Inside I put, as recipe says, chocolate cream and walnut filling but you can add any dried fruit or whatever you like.

DO NOT eat all of them at once. Really, I m not joking… It has been a real risk for me! 😀

Print Recipe
Chocolate rugelach.
Ingredients
For the dough
For the chocolate cream
To fill rugelach
To brush rugelach
Instructions 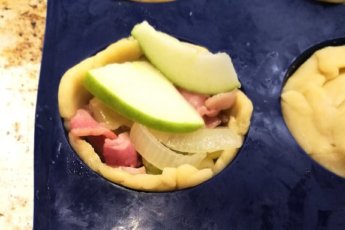 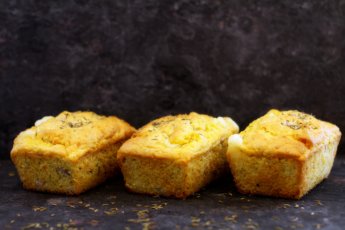